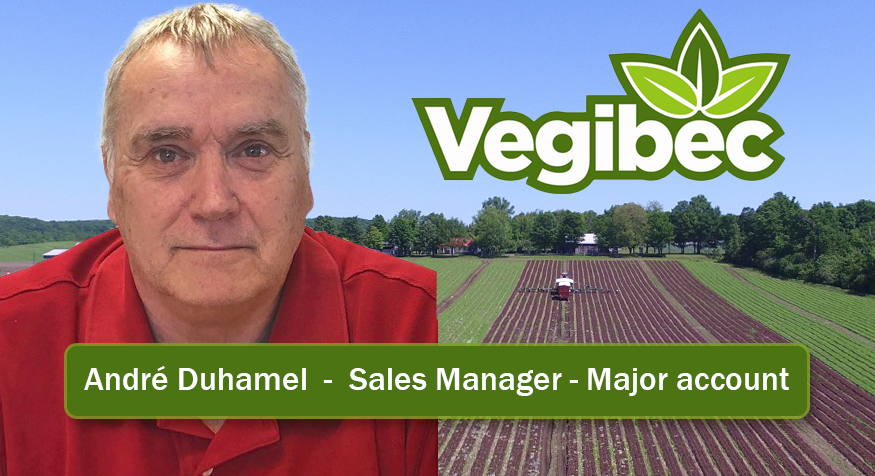 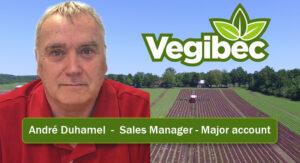 Oka, March 9, 2021 — The Chairman of Les Jardins Végibec, Pascal Lecault, is pleased to announce the appointment of Mr. André Duhamel as Sales Director—Major Accounts. André Duhamel has been active in the agri-food sector for nearly 35 years, particularly in the fruit and vegetable category. He has held several strategic positions with several large food chains and major market garden producers in Quebec.

‘’It is with pride and excitement that we begin this new season in the company of an experienced and valued person in the produce industry in Quebec“. The current context raises many challenges and a major asset such as André allows us to look forward to the 2021 market gardening season with optimism and confidence. Welcome to the team André! (Pascal Lecault, President of Les Jardins Vegibec).

As for André Duhamel, he said he was pleased with this warm welcome to the Végibec team. He also said he was convinced that the important message promoting buying Quebec produce conveyed on many occasions since the beginning of this pandemic has been heard by distributors.