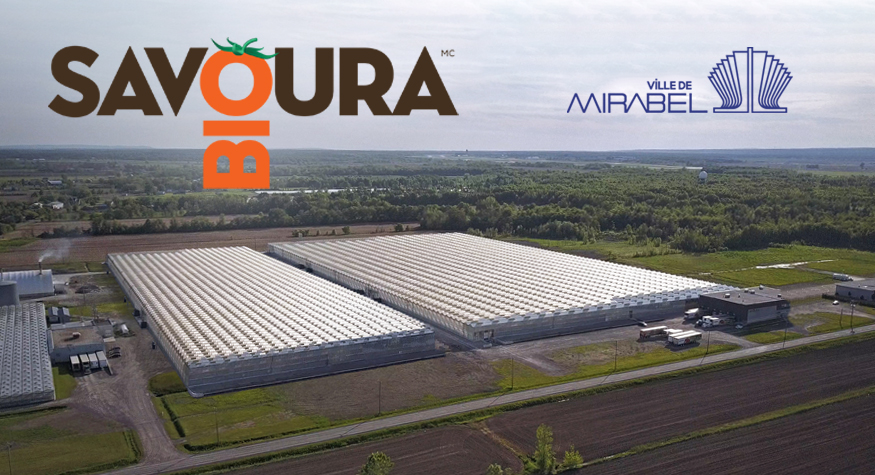 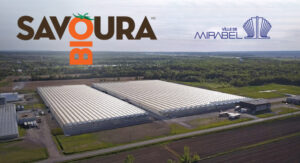 A 20M$ INVESTMENT IN MIRABEL

Mirabel, September 23, 2020—SAGAMI/SAVOURA/SAVOURA BIO’s president, Richard Dorval, is glad to announce a 20M$ investment for the building in Mirabel of phase 2 to produce organically grown tomatoes and refurbish the company’s headquarters to better accommodate its administrative staff. This project is part of an ongoing expansion plan for the greenhouse company specializing in growing tomatoes, cucumbers and strawberries. The investment will create about 50 jobs and supply the Quebec, Canadian and North American markets with tomatoes grown according to the Canadian standard for organic growth regulation.

It is an extremely eager team that has worked with heart for this project to come to fruition. “We are more than ready to realize the innovative vision we’ve had from the beginning, that of building modern and efficient greenhouses in order to produce organic tomatoes meeting the highest industry standards. We are convinced that together and united we will carry out this project which corresponds in every way to our values and principles of sustainable and responsible production. We are also glad to contribute with this investment to the Quebec government’s goals for Food Autonomy whose target aims to double the total area of greenhouse vegetable production in Quebec in the short term, as mentioned by the Legault Government in recent months.”   This summed up the enthusiastic words of management when the announcement of this economically important news for the agricultural sector. This announcement follows the one of a partnership with Nexolia last week, when SAVOURA declared it was extremely pleased to add three more hectares to its conventionally grown tomato production, giving it an additional 1,800 tonnes annually.

About the Serres Sagami/Savoura/Savoura BIO

Les Serres Sagami Inc. markets different varieties of tomatoes for Quebec, Canada and North America. It has been growing and marketing organic tomatoes since 2011. These tomatoes are available today under the brand Savoura BIO. Since 2012, the company has made numerous acquisitions to expand its production, the largest, concluded in April 2015, is the acquisition of the Serres du Saint-Laurent facilities, and the famous Savoura brand. Since December 2017, it has been marketing strawberries produced in Danville, Estrie, and, since autumn 2018, organic mini cucumbers in Saguenay. The company now market a total of 38 hectares producing tomatoes, strawberries and cucumbers at nine production sites throughout Quebec. It directs its new investments with a sustainable development perspective.