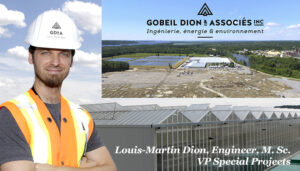 Saint-Lambert, August 15, 2018 – Mr. Jean Gobeil, President of the Gobeil Dion & Associés consulting engineering firm, and his entire team are pleased to announce that the firm is managing the Hydropothecary Corporation’s (HEXO) new project in Gatineau. The greenhouse complex, which is well underway with the greenhouse footings already completed, will have a surface area of 1 million ft2 by the end of the year, is already considered a model state-of-the-art facility by the industry. Hydropothecary(HEXO) chose to work with Gobeil Dion & Associés again after the success of last spring’s construction of a 250,000 ft2 high-efficiency greenhouse whose first harvest was announced last week.

Gobeil Dion & Associés has been working on Hydropothecary’s various construction and expansion projects since 2014. The Saint-Lambert based consulting engineering firm is therefore in charge of managing the first 250,000 ft2 phase on which, work began in early 2017. As planned, this first phase of the project came into production last spring. As part of the recently announced expansion project, the new greenhouses devoted to cannabis production will have the most innovative equipment, and production will begin at the end of 2018. The overall design of the greenhouses and their systems will ensure maximum performance efficiency during production. Jean Gobeil agrees with Devan Pennell, Director Business Planning and Products at Hydropothecary(HEXO), who said that the new production facilities will set the standard for the industry. “Quebec’s expertise in managing large-scale greenhouse projects is truly second to none. In fact, Quebec has made giant steps in this sector over the past few years, and the fact that Hydropothecary has entrusted Gobeil Dion & Associés to carry out this project confirms my point,” concluded Mr. Gobeil.

Since 2012, the Gobeil Dion & Associés consulting engineering firm has developed solid expertise in greenhouse complex construction in Quebec. It has also contributed significantly to the implementation of new forest biomass heating technologies, especially in the greenhouse production industry. Over the past few years, Gobeil Dion & Associés has worked on the majority of Quebec’s major greenhouse construction, development and heating system projects, particularly in the vegetable production industry. Its notable achievements include Serres Lefort, Productions horticoles Demers, Savoura, Les Serres Coulombe and Hydropothecary(HEXO), the medical cannabis producer in Gatineau, as well as other large-scale projects. Managing various projects throughout the province of Quebec, the firm employs 15 people, including 12 engineers. 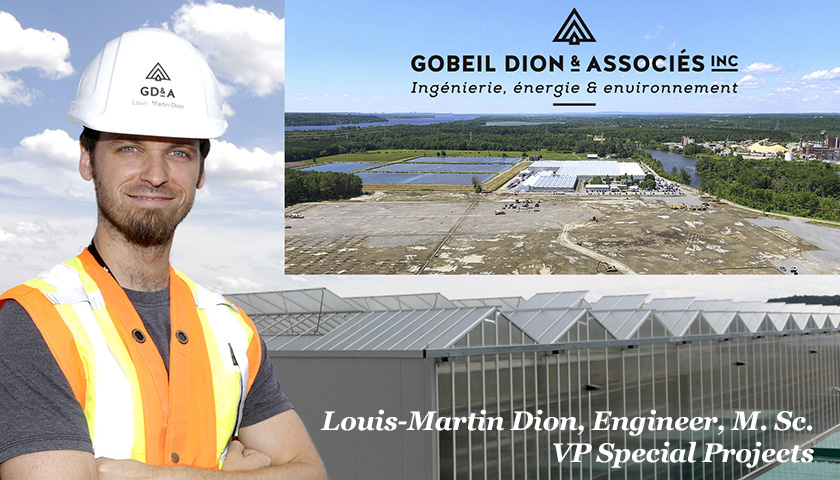